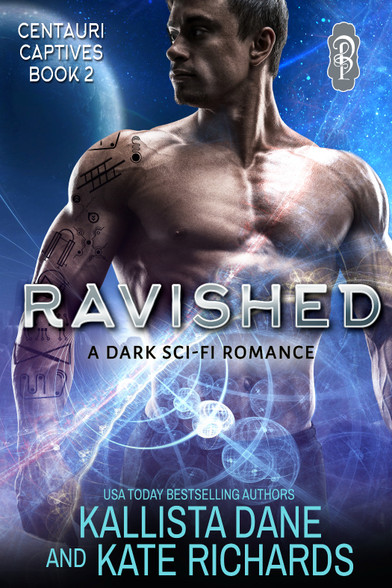 I was an old-fashioned girl, saving myself for Mr. Right. Now, I’m the property of an alien warrior—and he’s determined to make me his mate.

An unknown enemy destroyed Arythios, killing every living creature on the planet. The only survivors of their race are an elite band of male warriors who were away on maneuvers when the attack occurred. Vowing to track down and crush the enemy, they turn to the Interstellar Federation for help. Instead of aid and shelter, they are given a handful of females from a minor planet called Earth.

Dylos
Arythios is no more. We’re the only survivors. Though I’m still grieving the loss of my mate, it’s my duty to claim one of these primitive aliens as my own. Mate with her and produce offspring to save our race from extinction. They’re uncivilized, but I’ll train mine to be properly submissive.

To my dismay, the alien female I’ve chosen is stubborn and defiant, often in need of stern punishment. I’ve tried to keep her at a distance, but her virginal innocence stirs my loins, awakening a savage hunger I thought was as dead as my world. And her beautiful soul has touched my heart.

Trina
After I refused the advances of one of the most powerful leaders on Earth, he locked me up until I’d agree to participate in his kinky sex games. When his wife found out, she insisted I be sent far away. So he added me to what he said was a diplomatic mission to another world.

I woke up on an alien warship staring into the eyes of a hulking gray-skinned warrior who says I’m now his property. He’s ordered me to call him Master and obey his every command. When I don’t, he punishes me.

He can be kind, too—and he makes me feel things I’ve never felt before. But he’s an alien from another world. How can someone so wrong be the right one for me?

Centauri Captives is a brand new sci-fi romance series from USA Today Bestselling Authors Kallista Dane and Kate Richards featuring masterful alien heroes and captive Earth women they take as mates in a desperate attempt to save their race from oblivion.