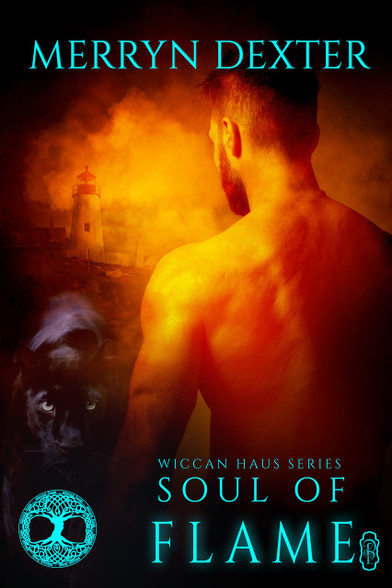 Exiled from her clan by a suspicious queen, fire fae Ceara finds peace among the humans and a role within an elite rescue team. Following a tragic accident, the deaths of her team and the loss of her powers, Ceara is sent to the mysterious resort of Wiccan Haus to heal.

Kidnapped, abused and cursed on escape, black jaguar Shimeer Neguar is desperately seeking the cure which will re-unite him with his shifter half. Wiccan Haus is his last hope, but he is horrified to discover his nemesis is also a guest on the island.

When a huge black jaguar attacks Ceara, she hopes for death and an end to her suffering but the shifter fails to bite. The staff on the island want him banished, but understanding Shim has been the victim of another fae, Ceara intercedes on his behalf and he is permitted to stay, as long as he stays away from her.

The smoke and spice scent of the fae is driving Shim crazy and he can’t keep away from her. Can he reconcile his feelings and the Fates’ desire for them to mate with the fact that she is the image of the woman he loathes?

Ceara begins to fear the worst, the magnetic shifter who haunts her thoughts and inflames her passion is the key to a prophesy that threatens her very existence.

Can two broken souls find healing and love at Wiccan Haus or is their fated union the key to their destruction?