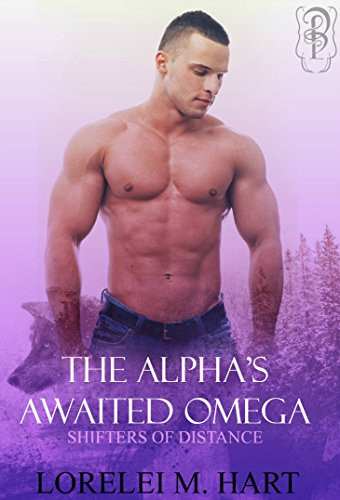 The Shifters of Distance book 2

An Alpha needs to put his pack needs first—but what if his true mate isn’t pack?

When his brother Russell broke traditions, Pack Alpha Travis did what he had to do, kicking him out of the pack. It changed both of them—forever. But even a pack with a long, entrenched history can sometimes change for the better. Russell is now living the life he had never dared dream of all those years ago—mated to his true mate and father of two with a third on the way.

Travis, however, isn’t living his happily ever after. He met his mate while attending Russell's delivery of his sweet baby girl, and now his wolf is unsettled, needing to find his mate again and claim him. Only problem is—Hayden, his mate, isn’t a wolf. He’s a bear. The wolves of Distance are nothing if not traditional, and Travis’ role is to help maintain that. Sure, he made one exception...

Hayden is down on his luck. The building he ran his midwife, or midhusband as he likes to joke, practice from is gone, and he doesn’t have the money to start from scratch. His brother would love to welcome him into the clan home with the other bear shifters, but Hayden wants to do things on his own. It would be easier if his bear wasn’t clawing at him to get to their mate, the old-fashioned, pain in-the-neck, hotter-than-hot wolf pack alpha from Distance.

When Travis is convinced by his brother to call Hayden in as pack midwife, he knows his life is going to change. But how many changes can one bear shifter take? With every other aspect of his life up in the air, and a mate whose job is to keep the traditions of his pack intact, could there be a bigger recipe for disaster?