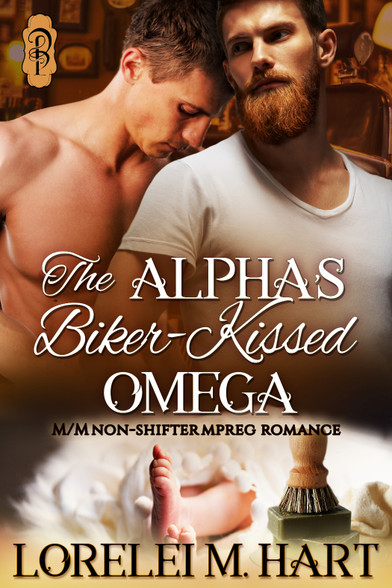 I’ve been giving Axel not so subtle hints for months.

He comes in once a week for a shave and takes a piece of my heart with him every time he goes. The late night barbershop here at Principal Ink feels more like home than the crowded apartment I share with several roommates.

I know Brandon wants me as much as I want him, but there’s a secret I’ve kept from the people at the social club connecting the tattoo shop with the barbershop where Brandon works, and exposing my secret might burst the bubble I’ve created. He might not want me after I reveal what I’ve been hiding.

One night, a box shows up at Principal Ink, a box that will change our lives forever. Axel won’t have a choice but to come clean, but will Brandon ever be able to trust him again?

The Alpha’s Biker-Kissed Omega is a sweet with knotty heat mpreg with a rescued baby, successful but troubled alpha, and the omega who makes them a family.