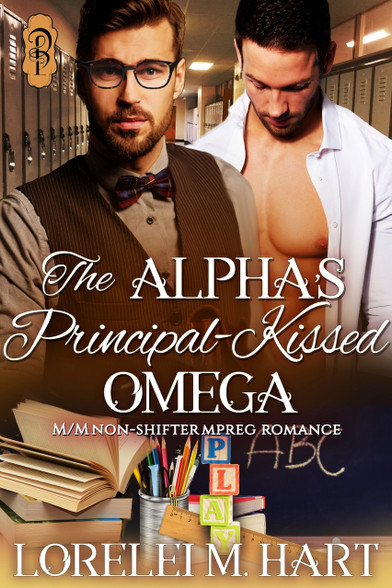 But the first few days spent in a motel left me feeling ungrounded, and the assignment to teach omega studies had me considering running back to the big city for fear of letting a bunch of kids down. Could I do justice to the subject?

Then Principal Armison walked into my classroom, offered to rent me the apartment above his garage, and, while he offered to be no more than my principal and my landlord, I hoped this alpha would also see we were destined to be mates. Because I knew we were with every fiber of my being.

But this principal was far more than just an academic. When he left school every day he donned leathers and hopped on his motorcycle to ride to Principal Ink…his tattoo shop, barber shop, and biker social club.

I was starting to feel like I was in over my head, but in such a good way. He was all my fantasies rolled into one. And with every day we spent together, I saw more of why he’d make such a great partner in life and, sooner than I ever dreamed, father of the child I was carrying.

The Alpha’s Principal-Kissed Omega is a sweet with knotty heat mpreg romance. It is book seven in the Alpha-Kissed series, but can be read as a standalone.