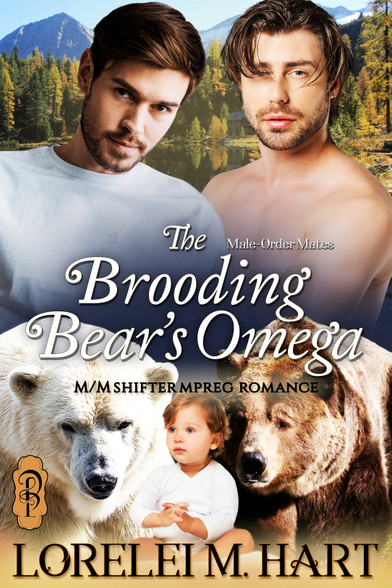 Sheppard Knox is the alpha of his bear pack.
And that takes up all his time. He’s always been taught his life as a leader should be pack first and self second. Such thinking leaves little time for a mate, much less dating.

When his beta goes behind his back and signs him up for the Male-Order app, he blows it off, thinking it is all nonsense. Except his pack takes it one step too far. Out of nowhere, an omega knocks on the door claiming he was ordered from the app .

He’s carrying suitcases, and he’s a polar bear.
Toklo Chase is a polar bear who has spent his life raising his siblings, caring for each of them until they were old enough to leave home. His parents died fighting for what they believed in, but now, he wants to take his own life by the horns...or the claws. So when he matches almost 100 percent with a grizzly from the Pacific Northwest, he recognizes his chance.

Without a second thought, he packs everything and takes it.

The Brooding Bear’s Omega is a super sweet with knotty heat MM mpreg featuring a strong leader of a grizzly bear and his reluctant but irresistible surprise romance with a polar bear omega he can’t keep his eyes or hands off, leading to the birth of the most adorable cub. It is the third book in the Male-Order Mates series but can be read as a stand alone.