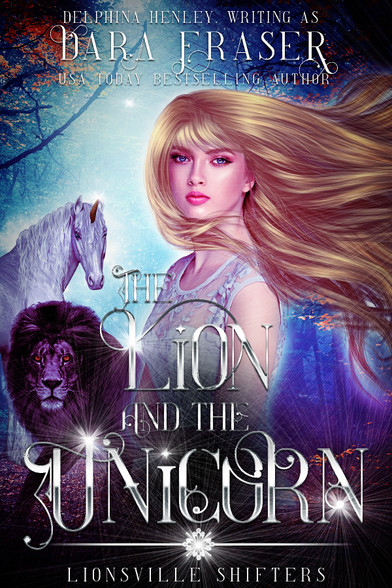 The Lion and the Unicorn

THE LION AND THE UNICORN
by Dara Fraser

Samantha has been living on the run since her family was massacred for what they were—unicorn shifters. She can never stay anywhere too long, form too many connections, relax. When the elderly shop owner who takes her in is murdered by the hunters stalking her, she finds herself on the run once again, only this time with some direction.

Her dead friend was more than he appeared and, by following the instructions he left, she finds safety once more. But for how long? With help from unexpected sources—including ancient lore, the shop owner's family, some heirlooms, and sexy lion shifter Leo—Samantha discovers there is more to her family’s deaths than she’d believed. Thrust into a destiny she doesn’t want, Samantha and Leo fight for their lives and the survival of shifters everywhere.

The Lion and the Unicorn features a strong unicorn with some kick-butt abilities, a hot lion shifter, fated mates, enemies as old as time, a found family, and a happily ever after.