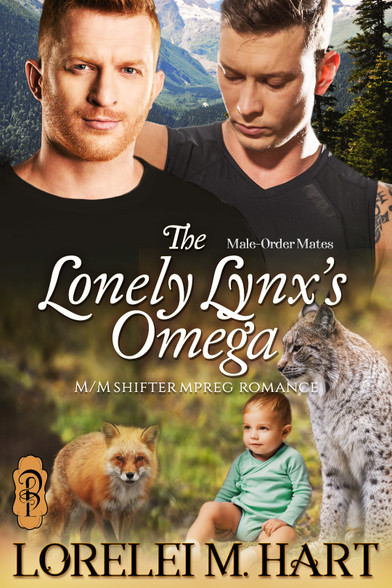 Ever since seeing my best friends with their new family, something inside me has clicked.
I’m done with the old Roman. He was a player, and damned good at it. I don’t want to play anymore. I want an omega. I want the family. I want someone to come home to.

Without telling anyone, I’ve applied for a Male-Order omega and am just waiting for that beep, telling me that they’ve found me one. If they do half as well as they did for my friend at the ranger station, I know we’ll have a happy life.

I’ve had a crush on Roman ever since college.
I had intended to reveal my love for him the night before I left for Norway for a foreign exchange student program. But after a whirlwind of events and some unexpected turns in my life, I stayed in Norway and ended up finishing college there and starting a career as an architect. Sure my long ago crush would have found someone by now, I applied on the Male-Order app.

Imagine my shock to be paired with Roman.

And we are a 99 percent match.

The Lonely Lynx’s Omega is a super sweet with knotty heat MM mpreg featuring a hotter than hot forest ranger and his second-chance romance with a foxy (literally) omega from his past, resulting in the cutest baby shifter ever. It is the second book in the Male-Order Males series but can be read as a stand-alone.