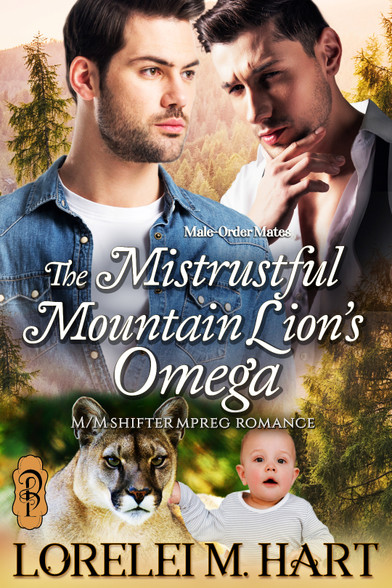 Sometimes being the friendly local bar owner isn’t enough…
Months after Sheppard’s pack members wreaked havoc on my road house, and the alpha paid to have my best pool table recovered, he and I sat down and talked. I’d never seen him happier, and he gave all the credit to his new omega. When he left, I looked around my bar, a place I’d put all my energy for over a decade then I grabbed my tablet and downloaded the app that not only he but so many of them were chattering about. The app that apparently brought an omega right to the alpha’s doorstep. I’d had about enough of the cold bed and the colder meals at my house and had known for a while something was missing. So, I filled out the questionnaire that took over an hour to complete.

Two days later, they claimed they’d found someone for me, but I thought it was too good to be true. Second guessing myself—and them—I deleted the app.

Ready to make a fresh start, I signed up with the Male-Order app.
The app pinged me saying it found a match, almost 100 percent, but the guy never answered any of my messages. He was gorgeous and had his own business. And since I’m pretty damned good with a computer, I tracked him down. And now that I’m here, I don’t know what in the heck I was thinking. This Jagger guy is not my type. He’s rugged and bearded and all the things I’d always claimed I didn’t want.

So why is it my body and my animal practically demand I hop over that bar and formally introduce myself?

The Mistrustful Lion’s Omega is a super sweet with knotty heat MM mpreg featuring a mountain lion bar owner whose app match travels far to meet him despite his mistrust of the app and a building heat that leads to the birth of twins. It is the fourth book in the Male-Order Mates series but can be read as a standalone.