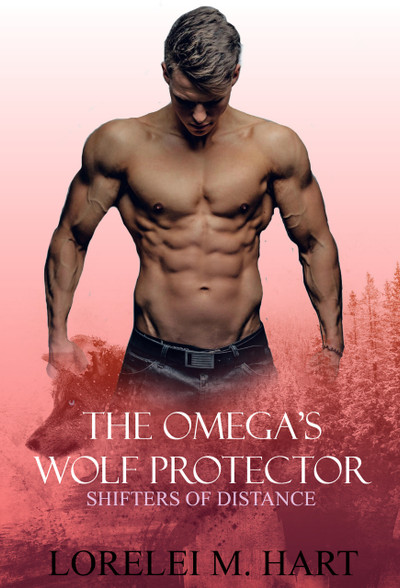 They say sometimes you can’t go home again. Russell didn’t have a choice.

When Russell became pregnant after a night of youthful rebellion, his traditional pack did the unthinkable—they banished him. Left on his own, he did the best he could to provide for his son, Oliver. After witnessing a crime, Russell worries he and his son might be in danger. After a strange man visits Oliver at school, Russell knows he has no choice and packs up everything to return to Distance, ready to beg for their protection.

Jameson missed Russell every day of his banishment, but was powerless to do anything about it. As beta of the pack, he was expected to toe the line even if it meant letting the man he knew in his gut was his fated mate slip through his fingers. If only Russell had picked him all those years ago, things might’ve been so very different.

Back in Distance, Russell pleads for sanctuary and finds himself under the direct supervision of his childhood friend, Jameson. They grow closer as Russell adjusts to life back in his traditional pack with his son—a son whose biological father has decided he finally wants to stake claim to—a claim he would likely win against the unmated omega, Russell.

Jameson has a solution, one that includes their mating. Russell agrees, and the family of three finds itself growing into a family of four when Russell becomes pregnant with his mate’s baby.

Love, his mate’s pregnancy, and the tricky balancing act of becoming the third father to a four year old son become Jameson’s norm and he couldn’t be happier.

The Wolf Protector’s Omega is a super sweet with knotty heat second chance male pregnancy shifter romance with an adorable four year old shifter, an omega with a traditional and uptight pack alpha for a brother, and an alpha who would do anything for his one that got away.