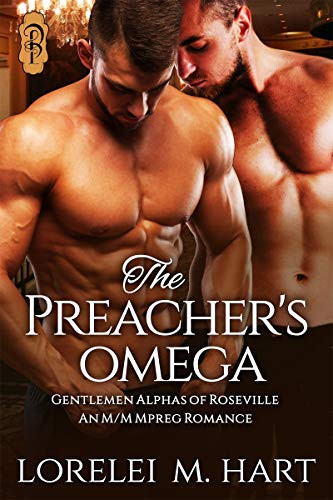 Everyone wants to play matchmaker when you’re a single preacher.
But Preacher—and alpha—Merlin isn’t having it. He doesn’t want the members of the congregation to get their feelings hurt if he accepts one invitation over another so he keeps things platonic, and maybe a little lonely, until one day along comes an omega who he’s never seen in the pews.

Smart, successful, and a little nerdy.
Clint has set up a soda factory, remodeling an old warehouse in Roseville into a modern plant. He is making brand new and exciting flavors nobody has ever tried before. He’s happiest shut in his lab while his business partner deals with the customers but an invitation to serve their product at a benefit on the local church grounds bring him outside into the sunlight. And this one shy omega who has met his mate.

A businessman who never goes to church and a devoted clergyman wouldn’t seem to be a good match, but their instant attraction draws them past hesitation and way past the friend zone. Though it’s still a long way from there to a life together. And a lot of busybodies who still have opinions on who they want their preacher to marry could definitely gum up the works.

The Preacher’s Omega is a MM mpreg with a smart, shy omega and a dedicated, spiritual and hot alpha. It is the first book in the new series Gentleman Alphas of Roseville but can be read as a standalone.