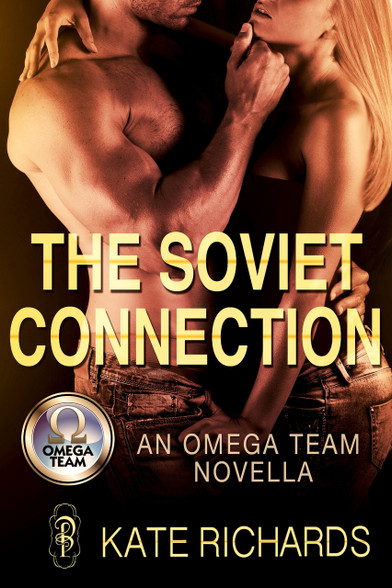 THE SOVIET CONNECTION
by Kate Richards

When Carson Ames is assigned by The Omega Team to investigate the mysterious death of a Senator's son, his assignment takes him to a small island in the Bahamas currently in the grip of Hurricane Annika, which is rapidly becoming the storm of this century.

Sophia has bad luck with boyfriends. They have a tendency to have accidents and the last guy she spent time alone with has ended up dead. Ruled a suicide. His Senator father wants to know what happened but is afraid bad publicity could affect his campaign for president and wants things handled without too much fanfare.

When his number one suspect turns out to be a familiar face, Carson is stuck between a beautiful blonde and his duty. If he makes the wrong choice, someone else might die.