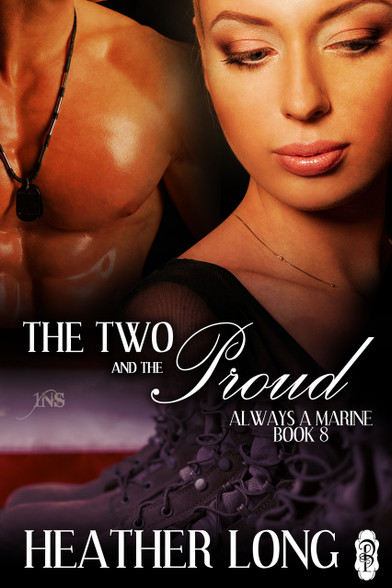 The Two and the Proud (Always a Marine #8)

THE TWO AND THE PROUD

Roger Michael Easton IV, better known as Rowdy, flouted the family's Naval tradition to enlist in the Marines—not as an officer, but a ground pounding grunt. He never expected to see as much combat or valor as he did in the field, but every engagement furthered his commitment to his brothers in arms. Now, with an early offer on the table to end his contract, Rowdy has to take a long look at the life he left behind, the life he's built, and the future he longs to have.

Rowdy also wants a woman who gets him.

Inactive Marine, Kim Wakefield, continues to serve her country as a Naval Criminal Investigator. She's hard on the grunts and sailors because she is one of them—and they didn't sign up for easy. Tired of the seedier side of military life—picking up drunk Marines, AWOL sailors, busting drug running operations, or worse, sending drug addicted servicemen to court marshal and treatment, she longs to have her faith in her fellow Marines restored.

Kim wants a man who knows what she needs.

Thrown together by chance on a 1Night Stand, the jarheads have a combustible chemistry—but do they have what it takes to give each other what they want?