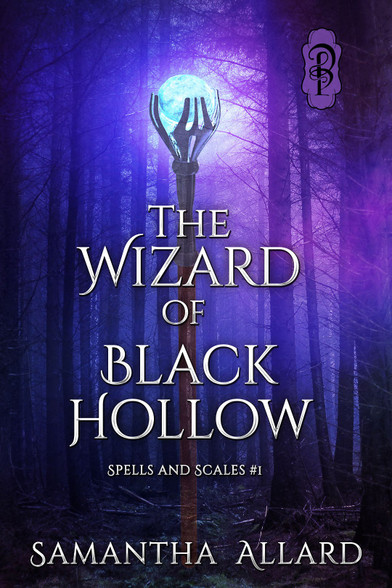 The Wizard of Black Hollow

THE WIZARD OF BLACK HOLLOW
by Samantha Allard

When a dragon horrifically murders his companions, the wizard Yosef quits his life as an adventurer. Instead of spells, he conjures sweet cakes and breads in his bakery. Instead of treasure, he opts for coin. And instead of magical shields, he dons a grouchy mantle to avoid any and all personal connections. He is quite happy never to go on an adventure again.

The daughter of a dragon and a human man, Ayako attracts trouble like a magnet. A run-in with an orc leads her to the wizard Yosef. Her empathic ability reveals there’s more to this man than his grumpy outer shell.

He wants to keep his previous life a secret. She longs for a life without the complication of being half dragon. Unfortunately, trouble isn’t far behind, and they both need to face their pasts if they hope to have a future.