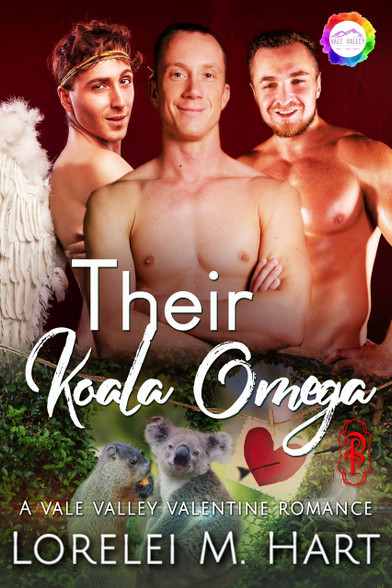 A groundhog, a cupid, and a koala walk into a bar…

The worst part of bearing the Cupid Curse is that alpha cupid Roberto spends his days and nights helping others find the kind of love he knows he’ll never experience himself. When he moves to Vale Valley, he assumes his life will continue unchanged—no matter what his private hopes might be.

Daniel, an alpha groundhog shifter, recently scored a career-building job at the local human television station a few towns over, so he moved to Vale Valley to be near family. Little does he know that Vale Valley holds not only secrets but also his true mates.

Omega koala shifter Cam loves living in Vale Valley. As the late-shift bartender at The Bar, the local shifter hangout, he’s able to make ends meet while doing something he enjoys. Still, he’s lonelier than he likes to admit.

But a late-night chance meeting on Groundhog Day breathes new life into this trio—especially the omega—after a hot night together. Working through an unusual pregnancy and career complications only solidifies their bond. Maybe all three can finally find a happily ever after in this sweet small town where love is just as magical as its inhabitants.

Welcome back to Vale Valley, where love is always in the air and magic lies around every corner. Their Koala Omega is a super sweet with knotty heat mmm mpreg romance featuring three smoking hot men, an unusual pregnancy, and one set of wings--and can be read as a standalone.