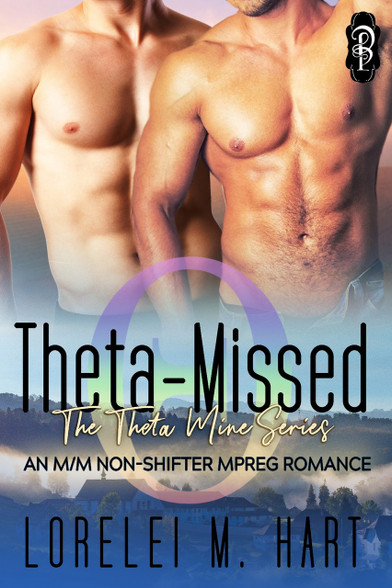 Out of the ashes...
Patterson has come to Violetville to start a new life after a horrible breakup, hoping his new career as an antiques dealer will bring him peace. He has always been a kind, gentle alpha. He knows that’s limited his chances to have a family with a traditional omega—they all seem to want a stereotypical romance-novel alpha, one with more brawn than brains.

Things are going well—his career taking off, his home refurbished, his heart mended—when tragedy strikes. After a devastating fire, Patterson is left with nothing but the clothes on his back, the junk in his car, and his beloved cat. At least until his insurance company decides to do their job and take his claim.

Xavier knows that being a tough-as-nails theta makes it unlikely he’ll find an alpha who appreciates his unusual demeanor. Most alphas seem to like their omegas sweet and obliging, but that is okay since he isn’t really an omega anyway. So instead of pursuing romance where he knows none can grow, he pours himself into his work, waiting for the day he might find his true mate. If he can’t have a partner and family of his own, he’ll become the best cop on the beat.

But when Xavier discovers Patterson—now reduced to sleeping in his car—Xavier begins to realize that the partner he really needs was in town all along.

Theta-Missed is a super sweet with knotty heat contemporary mpreg romance featuring a down on his luck alpha, his very alpha-y policeman theta, and Leya the cat who, as it turns out, saves the day. Theta-Missed is book two in the Theta-Mine series and can be read as a stand-alone.