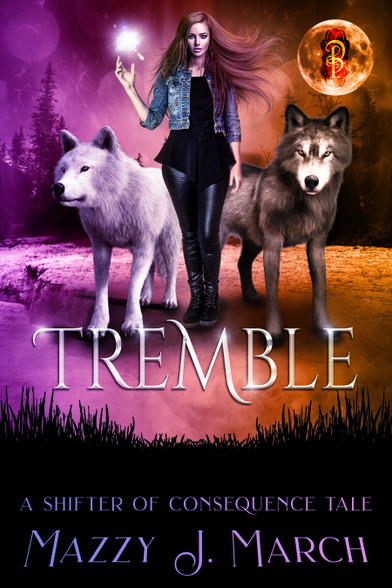 Two mates and me living under one roof. What could go wrong?

A lot, actually. We’ve got a half-shifter, half-witch on our tails, scooping up girls from our pack. She’s like a ghost so track her and trapping her is like sifting air. Especially since her chief henchman is a hawk shifter with an axe to grind. Possibly literally.

The females in my pack are being hunted, and I’m not going to stand for it one second longer. I have to do something. I just don’t know what yet.

My mate and my almost-mate are now living under one roof, and the word awkward doesn’t even begin to describe what’s going on. But the pressure is on, and Samson will be mine sooner than later. Their legacy of rivalry is far too entrenched for twin brothers who should have one another’s back. And I know who caused it.

But Samson wants me, and I want him.

And we all want safety and peace for the pack.

Tremble is the 7th book in a paranormal reverse harem shifter series featuring members of the Midnight Alder Pack. This is the third and final volume of Christie’s story. It is a why choose werewolf romance with a slow burn buildup sure to make your toes curl. Relationships develop over the course of this supernatural series and, of course, Mazzy guarantees an HEA.