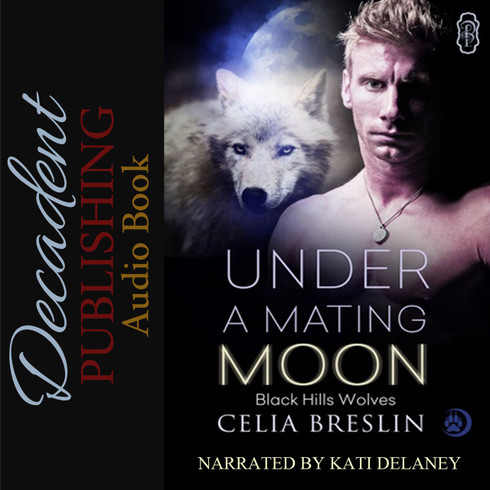 Under a Mating Moon Audio Book

UNDER A MATING MOON

British Alpha Wolf Jake Matthews spends his days among humans, pursuing a lucrative music career and avoiding his pack's politics. When his current DJ tour takes him to the US, he stops in Los Lobos to visit family, and runs into the one Wolf he never wants to see again - the mate who rejected his claim.

While visiting her brother in Los Lobos, free-spirited Lexi Luparell is shocked to encounter the wolf she'd denied when they were teens. Now she must face her guilt for the cruel way she spurned him all those years ago, make amends, and admit the truth. Jake was right all along - they're meant to mate.

Lexi would love to explore the mate concept and her overwhelming attraction to virile, Alpha Wolf Jake, but he wants nothing to do with her. How can she break down his defenses when she's the reason he built them in the first place?

Jake dates only human women now. Lexi had her shot at being his mate and she threw it away. But when her life is threatened, he may have to rethink his position and do whatever it takes to claim his one true mate.