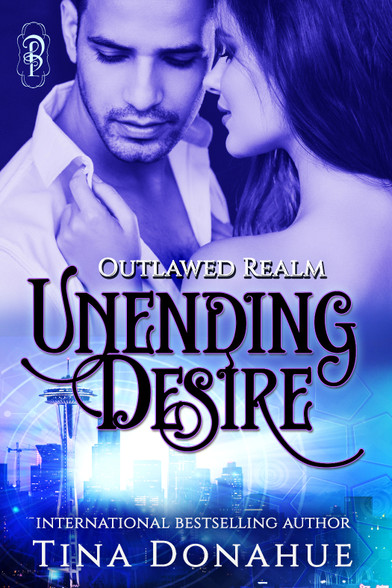 From a portal in his lab on E2, one of the five dimensions of Earth, quantum physicist Nikoli Zorr gazes on everything forbidden to him. Passion. Desire. The exquisite pleasure of running his hands over the lush curves of a young woman he should have stopped watching weeks ago.

His duty is to close the portals that keep the monsters out of E2—and never interfere with the inevitable fate of those on the other side. Yet he can’t bring himself to abandon the woman who has captured his soul.

Psychologist Regina Page is trying to focus on her client, and off the mysterious, unbearable cravings that consume her when she’s alone. The next moment she’s attacked by vampires, then swept into another realm by Nikoli, a stranger whose touch awakens that same raw desire. Whose eyes are already filled with farewell.

Yet beneath their undeniable carnal lust, something else stirs. The beginnings of illicit love. The unexpected need to protect him. Even if it means risking body, blood, and soul to defeat the merciless horde…for a future that was never meant to be.