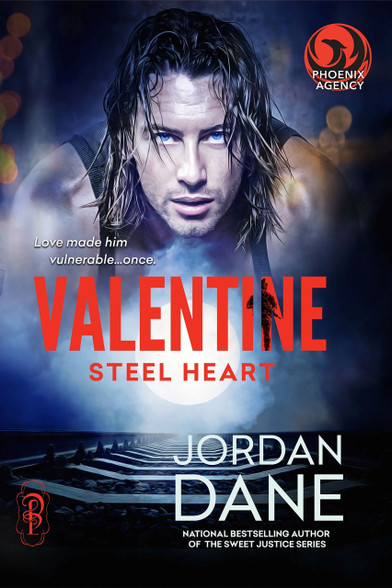 Former covert operative, Braxton Valentine, is on a train to Los Angeles with his fiancée to meet her parents for the first time. He’s given up his dangerous job to start a new life with the woman he loves, but on a scheduled stop in El Paso, two shady men board the train. Brax fears the suspicious men have targeted him for revenge from a past mission and his primal instincts kick in. With his fiancée and other innocents onboard, he’s forced into a terrible choice.

Head of the Phoenix Agency’s fledgling Psi division, Mia Romeo wants recognition for her team’s psychic abilities to combat crime. After a frightening vision, she doesn’t question her telepathic instincts to board a train in San Antonio alone, not knowing where she’s going until she reaches El Paso. Her gift spirals her into a sinister premonition centered on two men boarding her train, assassins from a cartel Phoenix has in its crosshairs. She uses her newfound telepathic gift to warn their target and head off the carnage, but the man they’re after has a powerful mind barrier she can’t penetrate.

Valentine averts a massacre with his quick action, but after his fiancée is killed, the police can’t find the mystery shooter who took her life and the cartel is bent on revenge. Operating in the shadows, Mia and the Phoenix Agency ruthlessly use Brax as unwitting bait to lure a deadly cartel boss from hiding, but grief-stricken Valentine becomes their worst nightmare—a rogue operative with a death wish.