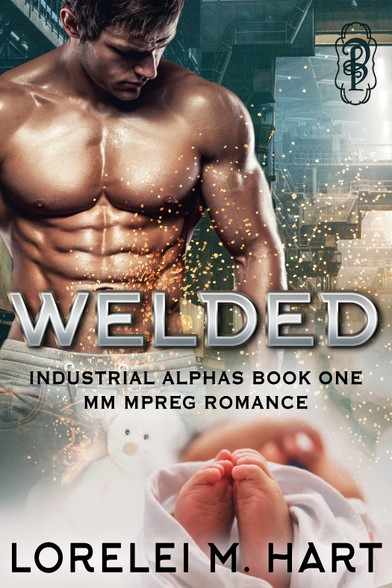 I’m on the run from the devil himself.

I snuck into the back of his truck and am now in the basement of a building still under construction. He can’t find me. I won’t let him. But when I hear steps coming down the stairs, I know I’ve been caught.

He says his name is Alois, and that he won’t tell anyone. Can I trust him? I don’t have a choice.

This ragged and thin omega—someone has treated him all kinds of wrong.

I’ll bring him home and make sure he’s safe, just until he gets back on his feet. But he smells so good, and I can’t help but want to keep him.

But his ex, and my former boss won’t give up easily. I’ll do anything to stop him, including going to jail for making sure he can’t ever harm him again.

Welded is the first in The Industrial Alphas, a brand new series featuring strong, hard-working alphas, the thetas—a special kind of omega—they love, and their adorable babies.