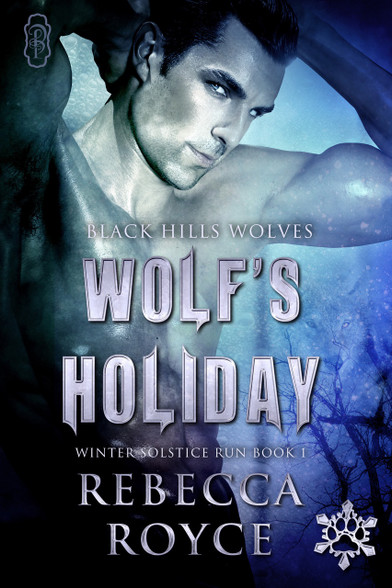 Drew Tao is loving life. His pack is happy. And it’s time for the holidays.  But his mate is keeping secrets and there is a crazy mother bear circling his borders.  Can they survive the holidays or will everything fall apart?

She stroked his head again. “A girl has to have some tricks. I got good at it when your father was in charge. Listen, there are places I would like to see. Only we have a very limited amount of time to go. Or not, I guess, if you don’t want to.”

“Explain.” He got off the floor and pulled her to him until they shifted places. He sat on the chair and she on his lap. Sometimes Drew needed to hold his girl. Just. Because. He. Did.

“Have you been to the Pacific Northwest? Seattle? Portland? Bend? I hear it’s really beautiful. You know I don’t really like hot weather. I prefer the cool. Maybe even Alaska.”

Drew could picture her with the mist in her hair and the way the light hit the beach in the early morning. She’d not like the cities. But he’d show them to her.

“Because I want to have a pup, a baby. And I want to do it the next time I can. Three months from now, I’ll ovulate. Lately, I’ve been dreaming of babies.” She buried her head in his chest. “Unless you don’t want to or you don’t think I’m ready or you’re ready but don’t think I’d be a very good mother.”

Drew had a lot to process but he couldn’t let B do what she did and misunderstand. The world shifted beneath him. She wanted a baby? The thought had never dawned on him, not once.  “I….”

She raised her eyes to his. “You’re not enthused.”

“I’m shocked.” He stood, setting her back down on the chair. “I realize I get one chance to do this right and, damn it, B, I don’t want to blow it. Are you sure you want to have a baby with me?”

Because she had to be sure. There would be no taking it back once they made the decision. And she might live to believe she’d made a huge mistake. His hands broke out in sweat.

His mate’s face steeled to the unreadable Betty Tao look. She rose. “What?”

“Have you ever given any thought to the blood that runs through my veins? It will someday run in any children I have. Tao blood. Leadership blood. All of that is great.” His chest felt tight. “It’s Magnum’s blood.”

He shook his head, interrupting her. She needed to hear him. “I get this isn’t what you envisioned. I’m sorry. I have to think…I mean, we could have an evil child. It wouldn’t be your fault; it would be mine.”