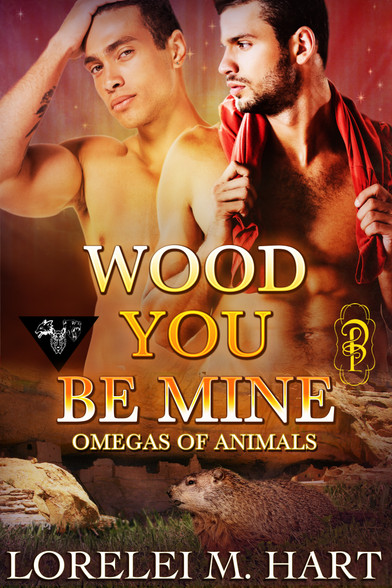 Wood You Be Mine

WOOD YOU BE MINE
by Lorelei M. Hart

It all started with a spilled beer…

Omega woodchuck shifter Lasklas grew up the only woodchuck in his wolf pack. He left at eighteen and has made a home for himself at Animals, the kind of life he never had growing up. He has a job he loves and lives in a tightknit community filled with other shifters and their growing families. He has everything he longed for...everything except a family of his own. But who would take him as a mate? He’s nothing but an overgrown rodent, something his former pack reminded him of daily, only the beer-drenched wolf is looking at him as anything but.

It all started with a blind date…

Alpha and wolf shifter Shaw left the pack where he’d spent his entire life for a job that was everything he ever wanted—or so he thought. Now, stuck in a dead-end job in a climate he doesn’t love, without a pack, Shaw is second guessing all of his decisions.

When a coworker invites Shaw to Animals for one of their must-attend events, he reluctantly agrees. He’d have hard passed if he’d known was being set up on a blind date with someone already spoken for, something he discovers as a pint of beer is thrown in his face by an angry mate. Wet and without a ride home, he deems it the worst night ever—until he scents him—scents his mate.

Wood You Be Mine is a sweet with knotty heat M/M age-gap shifter mpreg romance featuring a wolf out of his element, a woodchuck learning for the first time he’s not alone, a blind date that goes horribly wrong in the very best of ways, a found family, a sweet baby, some familiar faces from the Omegas of Animals universe, and a guaranteed HEA. Each book in this series can be read as a standalone. If you like your alphas hawt, your omegas strong, and your mpreg with heart, download today.