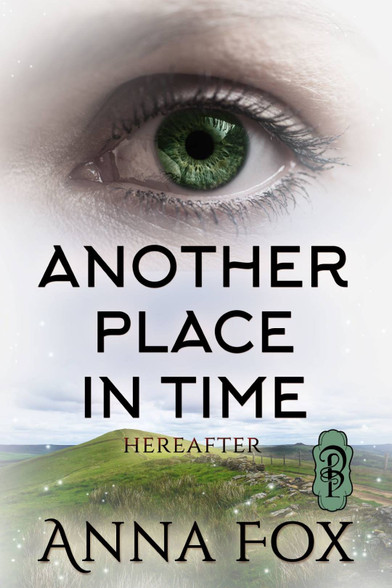 Another Place in Time

ANOTHER PLACE IN TIME
by Anna Fox

Kate Adams, a prima ballerina and control freak, has a slight problem: she’s missing her body. Bodies are pretty vital, so what gives? Is she dead, a ghost, or just super delirious?

A quirky guy greets her, explains that she’s been in an accident and is now a spirit traveler. What? He offers her a cup of tea, and the drink calms her just enough to follow her annoying spirit guide around. And then, as if things couldn’t get any worse, the Hotel Hereafter is booked and she’s bunking with a handsome but arrogant Englishman Richard Bennett in the only cottage left for spirit travelers. Once Kate and Richard’s angst toward one another clears, it’s all coming up roses. But one major complication remains—they return to their mortal lives with no recollection of their ghostly rendezvous.

Six months after the accident, while visiting her former dance teacher in England, Kate runs into Richard. Their touch releases a shared jolt of déjà vu of their romantic stay in the Hereafter. Drawn together and a little panicked by this mysterious connection, Richard pursues the woman he is certain he loves from another place in time. Resistant at first, Kate struggles to come to terms with what she’s learned. Lingering dreams that bind her to him give her the extra boost. When Kate confronts Richard’s brother, Will, about his secretive role in one of her visions, Will’s reaction to the threat he perceives from her renders Kate a criminal target. And it’s up to her to outsmart the man who wants her to disappear or she might not have the chance to dance the lead with Richard—because she’ll be dead.