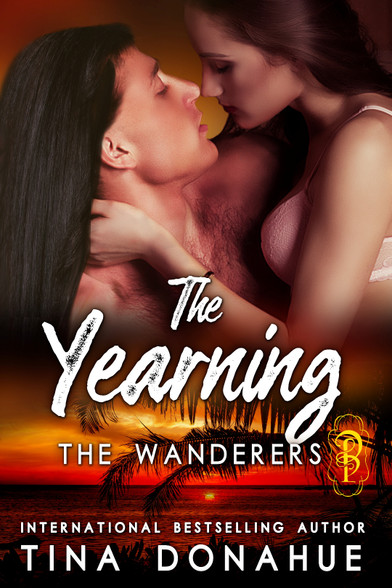 THE YEARNING
by Tina Donahue

To break this curse, they’ll have to turn the heat up. Way up.

Jasmine Dante prowls Key West’s nightlife, fighting a losing battle against a jealous rival’s curse that forces her to seek carnal pleasure, no matter the danger. Weakened from lack of sleep and driven by insatiable lust, she spots a man who stirs her desperate craving, and begins yet another dance of seduction.

Except the dark stranger who returns her direct stare is no ordinary lover. Inside his powerful body lies a raw sexuality that just might be enough to break her curse. There’s only one way to find out—imprison him in her bed and feed on his passion.

Former Deputy U.S. Marshal Mike Stearn is many things, but he’s no woman’s sex slave. The deadly telekinetic power he ruthlessly suppresses comes alive again at Jasmine’s touch. Beneath her bold, potent sensuality, he senses vulnerability and desperation. He may be in handcuffs, but she’s the one who’s enslaved.

As Mike resurrects his power to free himself so he can find the curse’s source and defeat it, Jasmine revels in his masterful rule. Her ravenous yearning evolves into rapture as she surrenders to his hunger, her darkest needs—and the emotional connection that lies beyond. Unless the curse takes her life first…